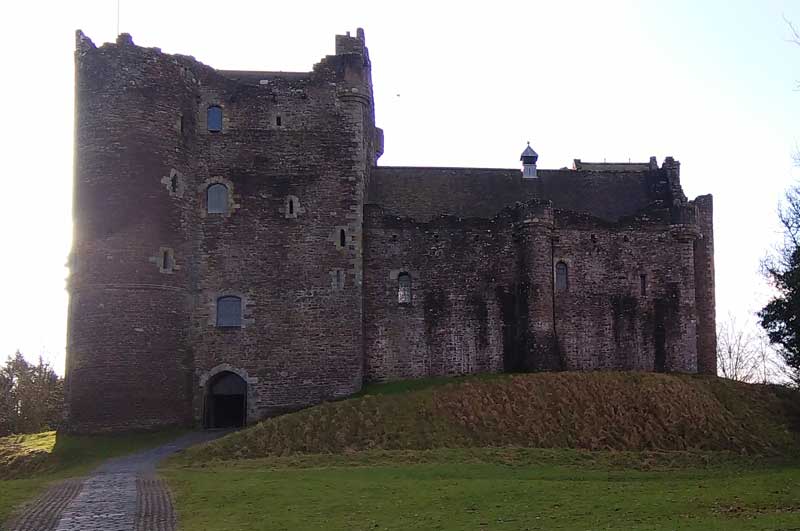 The magnificent medieval castle at Doune is just a 25 minute drive from The Ridings and is well worth a visit. It is the most complete medieval castle in Scotland and is a joy to behold. The existing castle was built by the Duke of Albany – a power behind the Scottish throne in the late 1300s and early 1400s. There had been a castle there previously but this is the heydey of Doune and the period the information at the castle mainly focuses on.

(Apologies for the below par quality of the photos in this article. They will improve soon! The battery went in our main camara and so these were taken on Penny’s mobile phone!)

Many of the rooms in the castle are complete and the audio guide (free with your entry ticket) brings each room to life as Terry Jones of Monty Python fame tells you how each room was used, by whom and a little about day to day life, including in the magnificent kitchen. He also explains how Doune was used in the film Monty Python and the Holy Grail as well as telling you the story of the Duke of Albany in an amusing and memorable way.

A Home And A Fort?

Doune Castle was built as a defense although this was rarely put to the test. It was first and foremost a home and seat of power. At every turn the way of life is described by the audio guide as to how people ate, celebrated, slept, spent their leisure time and of course how they managed their day to day ablutions – always a source of fascination. 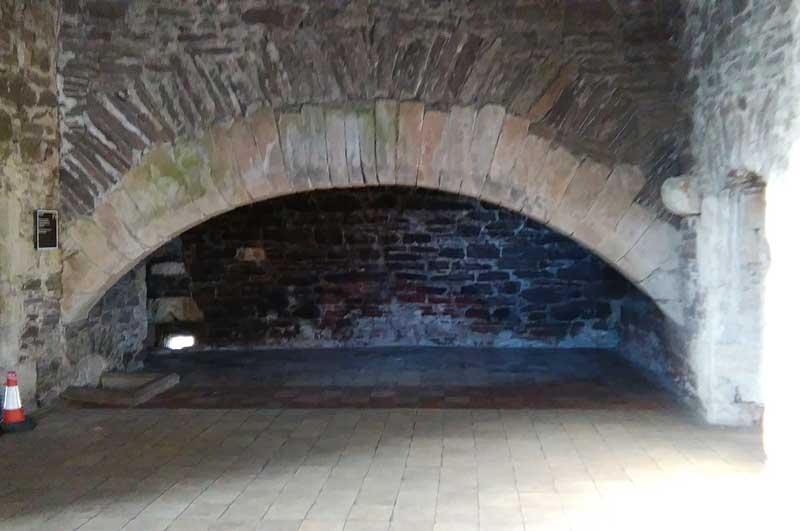 May be it is my love of food – but I am always interested in the kitchens and Doune Castle does not disappoint in that regard! The huge fireplace where large roasts were turned on the spit is intact and the drain holes for the fat and other excretions to escape, are in evidence.

There are huge serving hatches where the servants would have collected the food from the kitchen and taken it into the Great Hall opposite to serve the food. Different food around to social status. Only the rich had extra courses!

Another marvellous feature that brings to life the kitchen are the marks on the walls that are made by people sharpening their knives. Personally I love to see such evidence to get a real sense of the people who lived in the castle all those hundreds of years ago. 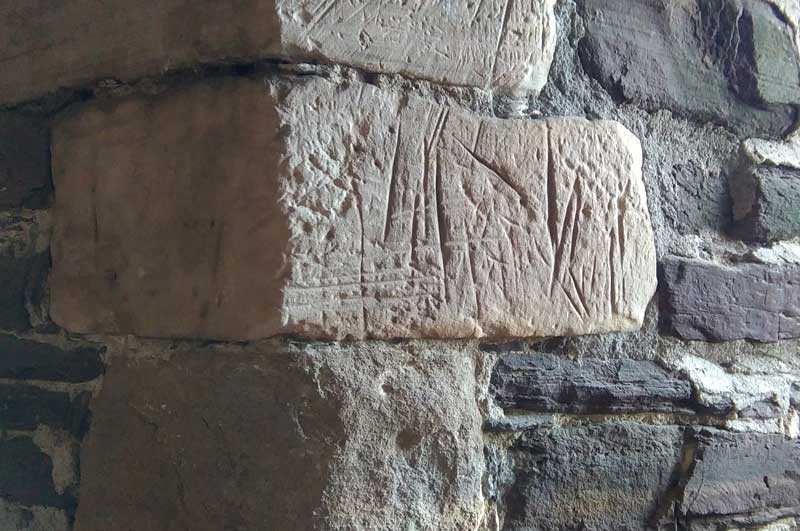 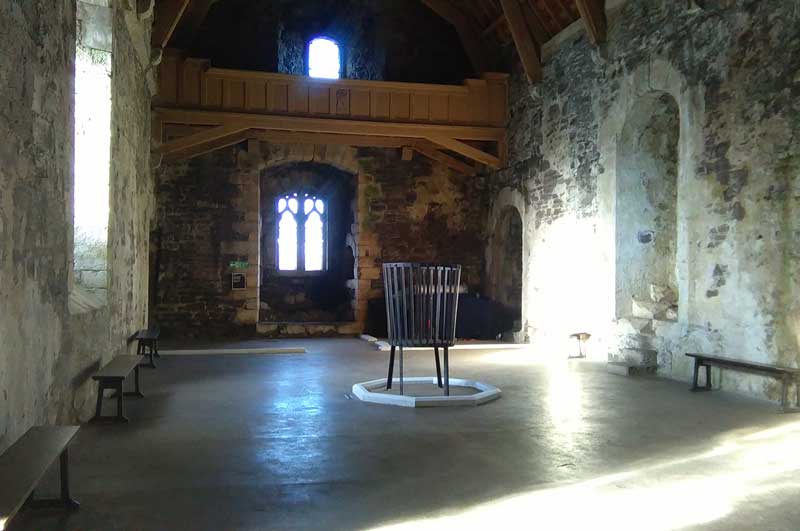 Walking into the Great Hall, it is not difficult to imagine a noisy scene of people eating and celebrating together – and music playing with a large fire burning in the firebasket in the middle of the hall. People would have had a place at table according to their heirarchy and the Duke would have sat at the head table. He might even had had his own private latrine!

The Hall would also have been used as sleeping quarters for the lower ranking servants.

More recently Doune Castle has been used for the popular series Outlander. There are several castles in the area used for the series. So if you are a fan you may wish to spot the places that have been used. It may even encourage you to watch some episodes again to see some familiar places in the castle – as I may well be doing!

The courtyard was completely transformed by the series. The video below explains how.

Your Visit To Doune Castle

If you are visiting several castles in the area it is wroth getting an Explorer ticket – which you can purchase at the castle. This will give you entrance to Stirling and Edinburgh castles as well as many others.

If you don’t want to go into the castle you can walk around the grounds outside without purchasing a ticket.

And Now For Something Completely Different!

This site uses Akismet to reduce spam. Learn how your comment data is processed.